"The time has come," the Walrus said,
"To talk of many things:

And why the sea is boiling hot--

And whether pigs have wings."

So, to continue with Louis Carroll’s line of thought, it is also time to talk of 2007 activities in our belated Holiday Letter. This year I have a really good excuse, more on that later. It has been a good year on the whole. We began with our family still visiting until the first weeks of January for the 2006 holidays, then we returned to our daily doings here in Gilbert, which at that time of year are considerable.

We had a little scare in March when Ray was hospitalized for a few days and received multiple transfusions, but he is well and healthy now, so onward we go.

As usual our time here in Arizona is filled with the activity we both enjoy so much, and 2007 was no exception. We took lessons at the next level of dancing (C3A), but with no practice since last March, we’re back to beginning again. Ah well, it is good exercise for the brain and the body. And, we so enjoy our square dancing friends.

In June we attended an Advanced and Challenge Convention in Milwaukee, then in July we danced in York, Pennsylvania at a very nice Challenge weekend.

Back in Arizona we resumed dancing in mid-November for a bit before we left again.

Computer Club, Genealogy Club, Wine and Dine, bridge, Fitness Center and theater keep us on the go whenever we’re not square dancing. As our circle of friends widens, so do our activities here.

We did indulge ourselves with loads of theatrical performances early in the year. We saw Joan Collins and Linda Evans in Legends, which was a hoot! Michael Learned and Tom Bosley did an excellent job in On Golden Pond, Gregory Harrison did Chicago, and lots of other great shows.

I walk and use the Fitness Center daily and Ray thinks about it. He still bustles around doing things in the yard and the house so with dancing he seems to get plenty of exercise.

We visited California in April when activities were tapering off here in Arizona. Sometimes it’s difficult to visit everyone when we’re trying to see family and friends, but April was great. We had nice visits with everyone.

Back in Arizona it was soon time to hit the road as the hot weather was approaching. We visited with my cousins in Oklahoma and caught up on their families. Did some genealogy and sightseeing in the corridor en route north to Milwaukee.

We made our way to Michigan where we had a leisurely visit with Paul, Robyn and Keegan, who kept us on our toes most of the time.

When we visited friends in Flint, Michigan they suggested we attend a dance in York, Pennsylvania, so we figured, why not? We had almost a month before that, so we began our sightseeing in Ohio and Pennsylvania where we revisited many of our nation’s historical sites in Philadelphia, Gettysburg, and Valley Forge. We even made it to Dover, Delaware where we visited the Capitol.

In the Poconos we stopped in Milford, Pennsylvania and at a lovely estate called Grey Towers which belonged to the first head of the National Forest Service.

In New York we stopped in Seneca Falls at the Women’s Rights National Historic Park then went on up to Canada to get to Michigan again. We visited their wonderfully refurbished Capitol in Lansing.

Somehow it was time to get to the West Coast of Oregon for our annual meeting with friends there in Charleston. So, we did some R&R in Florence, kicking back and seeing some sights before joining everyone in Charleston for our annual Friend Fest. We did the usual - ate, visited, ate, fished, visited, ate, played cards. Good friends mean good times.

Then it was back California to visit family before heading back to Arizona. We had about a month in Arizona before we left on our BIG trip. In 34 days we traveled around the world. We flew over the Atlantic and the Pacific, we sailed on the Mediterranean Sea, the Suez Canal, the Red Sea, the Arabian Sea, the Persian Gulf, the Indian Ocean, the Bay of Bengal and the Strait of Malacca. We cruised from Rome, to Sicily, to Egypt, to Oman, to UAE, to India, to Thailand, and to Singapore. It was marvelous.

We visited the Colosseum, the Pyramids, The Sphinx, Muslim mosques, Dubai, the Taj Mahal, Buddhist temples, Siam, Singapore, and all sorts of wondrous places.

Margaret Whiting sang it in Far Away Places

Goin' to China or maybe Siam

I wanna see for myself

Those far away places I've been readin' about

In a book that I took from the shelf...

and we did. We sailed on Oceania’s Nautica which was a marvelous experience. We dined every night in a Five Star Restaurant, or better, went up in a hot air balloon over the Valley of the Kings in Egypt and rode an elephant in Thailand. We saw the Taj Mahal at sunrise and at sunset and watched the sun go down over the Chinese fishing nets in Cochin, India.      Then when it was all over we flew into San Francisco on Christmas Eve and spent the holiday with all our family there.

They are all healthy and doing well.

Lloyd’s work has him keeping terrible hours, but he seems to thrive on it, and his animals are adaptable to his schedule, so all is well there.

Mark’s hotel is doing very well, hence so is Mark. He still spends weekends and vacations sky diving, since he feels about it as we feel about square dancing.

Pam is ever busy with so many things outside of the classroom going on at school, it’s a wonder she has time for teaching. She even made a video for a book publisher that was on Utube.

Gail’s job has her driving all over Northern California and bustling to and from airports for meetings and seminars all over the country. She is moving into a new home this month, so is busy with that. Monica is home during January, so is helping with packing.

Bev and Rick’s lives are busier with their family than I remember ours being with more children, but maybe my memory is fading. They are constantly going to or from soccer, basketball, gymnastics, schools, shopping or whatever. We have to rest up before visiting, because we know it won’t happen there. They thrive on it, as do their children. Rick’s business and home projects occupy his time and Bev is always running something at one of the kids schools.

Paul and Robyn have Keegan to keep them on their toes. Robyn teaches at the local college. Paul works long hours at his new position of supervisor in the research lab at Ford, the same as he did at his other one. They water ski in the summer and shovel snow in the winter.

are growing up rapidly. We can’t believe that Monica is a junior in college and Keegan is going to be three. Where does the time fly?

Monica is busy with school and work. She still works for the city of Walnut Creek in their day camp programs and was running the program last year. Her sorority life keeps her busy on campus.

Selina is a busy fifth grader this year. Her creative efforts extend to writing and painting. She plays soccer and basketball. She is active in Girl Scouts, Book Club, enjoys life in general and is a delight to be around.       Rico is still Rico and exudes energy. We have pictures taken at Christmas where there is just a blur that should have been Rico. Sports, playing and watching, keep this first grader on the move all the time.       Keegan is just plain fun. His obsession this Christmas with Rudolph the Red Nosed Reindeer had his parents losing it, but those of us who hadn’t endured it for as long as they had found it amusing. He does keep everyone on their toes.

We love our life in retirement. And except for a leftover cold and cough from our travels, we are both well. Our winter in Arizona is filled with activities and friends we enjoy, and our summers traveling are fulfilling and enjoyable.

We celebrate our 50th Wedding Anniversary on August 9th this year and will be at sea on an Alaskan Cruise with our family and some friends. If you care to join us, we’d love to have you there, just give me a call and I’ll fill you in on the details.

So we end this late greeting with our best wishes for

the coming year. May you have health and happiness throughout. 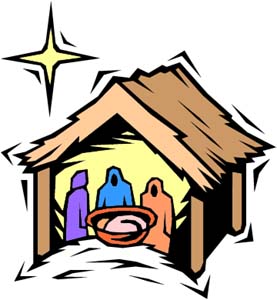